Solar energy has become increasingly popular across the US. According to the Solar Energy Industries Association, solar panel installation increased 16 percent from 2014 to 2015. More impressive, for the first time, solar overtook natural gas in new installations.

Solar Installations Are Growing, But Not Through the Roof

Texans are embracing solar power more and more. The fourth quarter of 2015 saw a 718 percent increase from the previous quarter. However, Texas ranks ninth in the US for installed solar capacity, with sufficient installations to power 57,000 homes. Sunny as Texas is, you might expect this figure to be higher. Instead, Texas is craziest about wind and natural gas, and ranks number one in the US for wind power.

What to Consider in Solar Installations?

Wherever you live in our great state, homeowners have to ask a lot of questions before switching to solar. First is how much will it cost and how long to pay off the investment? It’s a complicated question with many factors that influence cost, including materials, tax rebates, local utility rates, installer costs and more. A better question is how much money can be saved by installing solar. According to Understand Solar, Texans can save almost $21,000 in electricity costs after 20 years of going solar.

Solar offers a good return as an investment, but it takes time. The longer you go without insurance for solar panels, the more at risk your investment becomes. Earning a return on solar isn’t possible if panels are destroyed by a hail storm, tornado, fire or any other disaster.

For homeowners, always consult with an insurance agent to find if solar panels are covered in an existing homeowner’s policy. An independent agent can help you choose between multiple polices as not all carriers will cover solar. 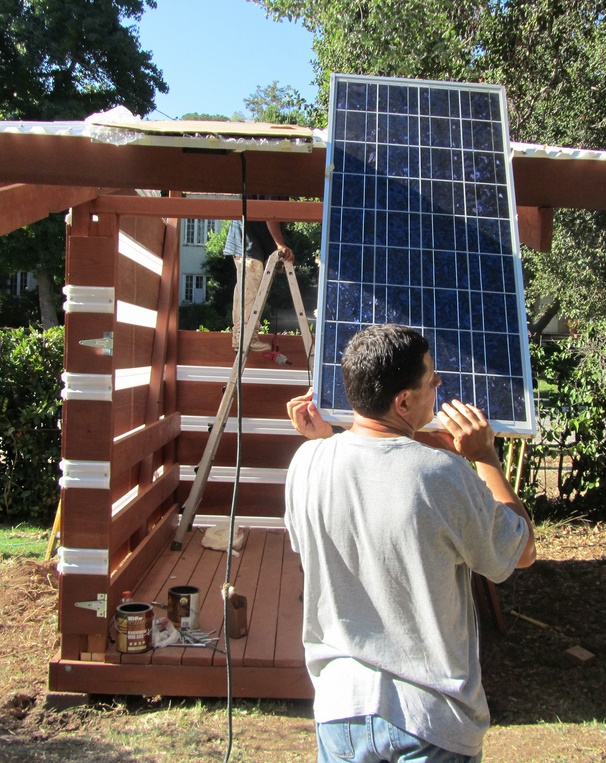 In general, roof-mounted solar panels will add approximately ten dollars per month to your “coverage of dwelling” value under a standard homeowner’s policy, according to the Department of Energy. The panels become part of your roof, which is covered by insurance.  However, most policies exclude damage caused to the roof or panel during installation. Choose a contractor with a certificate of insurance, general liability and worker’s compensation coverage.

Some solar systems are ground-mounted. In this case, they’d fall under “other structures” coverage, like a detached garage or tool shed.

But even if your panels are included under dwelling or other structures coverage, you may need to adjust your coverage limit. After all, replacing a roof a la carte is much cheaper than replacing a roof with solar panels.

Solar leasing is a new trend in installation to consider. If a third party owns the panels, they may handle all insurance coverage, but it doesn’t hurt to let your agent look over the contract.

When you talk to your insurer, be prepared to tell them the type, number and location of your solar panels and contractor information.

When people say everything’s bigger in Texas, sometimes they’re telling tall tales. Other times, they’re not. Texas has withstood some epic hailstorms, including one in April of 2016 that saw hail the size of baseballs raining down from the heavens. In Wylie, one hail stone measured in at 4.25 inches in diameter.

What’s that going to do to your roof-mounted solar panels? Solar panels undergo durability tests, including a 1.25-inch granite slug being fired from a shotgun 100 feet away. A standard panel can withstand one-inch diameter hail traveling 52 miles per hour. Obviously the durability tests did not have Wylie-sized hail to contend with. The folks of Wylie would remind you to carefully look at your coverage before installing solar panels, and to raise your limits if necessary. Also inquire about coverage if your panels are damaged by lightning, tornadoes, fire, theft or vandalism.

Of course, if you live in a community ruled by an HOA, you’ll still have to go through its approval process.

Harnessing the free (once you pay off those panels) energy of the sun is an awesome thing. However, protect that valuable investment by having a heart-to-heart with your insurance agent. When considering adding solar panels, call before you install.